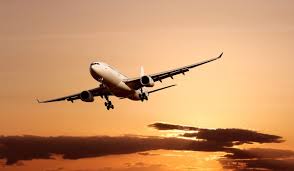 While the closure of the borders between Morocco and its partners continues, in the kingdom, air traffic continues to plummet. For the national airline, the losses are enormous.

In an area of ​​turbulence since the start of the crisis linked to the Covid-19 pandemic, the airline industry is still struggling to stick its head out of the clouds. If, everywhere in the world, the picture is almost the same, in Morocco the air traffic continues its plummet.

At national airports, it’s dead calm. As air traffic continues to decline under the impact of the Covid-19 health crisis, only some 1,466,634 passengers have been welcomed at Morocco’s airports for the first three months of this year. According to the National Airports Office (ONDA), arrivals in the kingdom are down sharply (70.16%) compared to the end of March 2020. In detail, continues the same source, Mohammed V airport recorded 714,851 passengers, down 62.87%, followed by Tangier (136,302), Marrakech (134,095) and Nador (86,380) specifies the ONDA in a press release. “For the month of March alone, the kingdom’s airports recorded a volume of commercial passenger traffic of 400,863 passengers, down 57.44% compared to March 2020”, explains the Office, adding that Mohammed V airport , which represents almost half of the global passenger traffic, showed, in March, a decrease of 42.62% compared to the same month of the year 2020, that is to say 192,610 passengers.

Tangier Ibn Battouta airport, which since February has occupied 2nd place in the ranking of airports in terms of number of passengers, has, for its part, experienced a decline of around 19.94%, welcoming 41,399 passengers.

In addition, ONDA notes that with 120,032 passengers welcomed in March 2021, domestic air traffic recorded a decline of around 1.74% compared to March 2020. Regarding international air traffic, which represents 70% of global traffic, it recorded a decrease of 65.74% compared to March 2020, thus amounting to 280,831 passengers. This decrease concerns all markets, in particular that of Europe which represents more than 70% of global air traffic, with a decline of 70.32%. The Office also reports a 46.61% decline in aircraft movements to 4,891 in March, adding that Mohammed V airport captured 48.62% of this traffic, Tangier Ibn Battouta 12.21 % and Marrakech Menara 7.32%.

As for air freight, it recorded an increase of around 26.09% compared to March 2020 and thus reached 6,563.51 tonnes, notes the same source. ONDA did not dwell on the losses caused by the drop in air traffic, but “it is clear that the damage is enormous,” said an internal source of the national airline without providing any figures. “Just to give you an idea, continues our interlocutor, over 85% of lines operated by RAM internationally are currently closed.” While the company’s main destinations, Europe in particular, are severely impacted, secondary routes, mainly to Africa, are not spared. “We only have three operational lines to the rest of Africa, namely Dakar, Abidjan and Nouakchott,” said our source. The only consolation is that there is still hope with the vaccination campaign. “We hope that things will return to normal once we have vaccinated a critical number of people in Morocco as well as in partner countries”, concludes our interlocutor. However, while Morocco has so far shown agility in acquiring and distributing vaccines to its population, the next deliveries are still dependent on the moods of the global vaccine market.

Previous ArticleMorocco: New announcement concerning the resumption of flights after May 21, 2021
Next ArticleAeroflot will soon land in Morocco