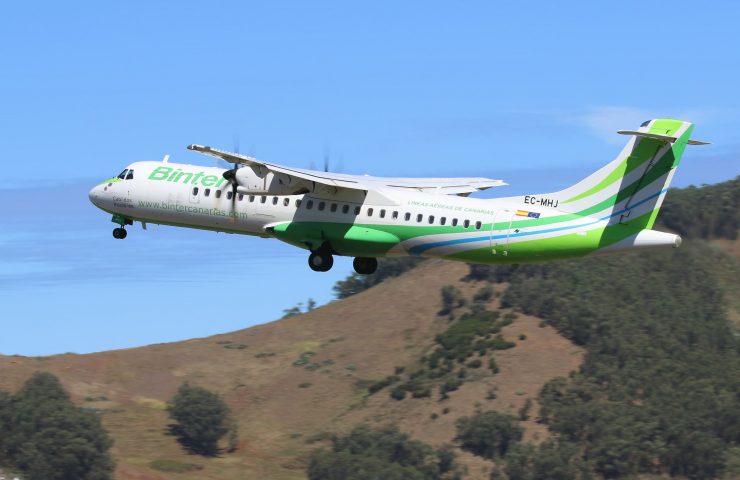 Bitener Canarias, the Spanish air carrier has lifted the veil on its new route connecting Marrakech to Funchal in Portugal.

The inaugural flight took place a few days ago when Bitener Canarias deployed its ATR 72 type aircraft between Madeira airport and Marrakech Menara, with twenty six passengers on board.

Borja Bethencourt Minoz, who is in charge of communication with the company, said in a statement to the M24 news channel that he was happy to participate in the launch ceremony of this air link between Funchal and Marrakech, on destination to which Pinter has been organizing flights for more than 15 years. He stressed that the launch of this line is the result of joint work between the company and the Moroccan National Tourist Office.

Zakaria El Habti, operations manager at Marrakech-Menara International Airport, said in a similar statement that Pinter will provide a direct connection between Funchal and Marrakech, with two flights per week from July 3 to September 25, twice a week. Thursday and Sunday.

He pointed out that the opening of this direct line reflects the strong demand from international air carriers at Marrakech-Menara airport, adding that it would boost tourism between the two destinations.

According to officials of the Spanish company Binter, passengers on this route will benefit from the preferential product advantages offered by this company, while offering a high quality in-flight service focused on the best customer experience, which includes extended features, such as a free meal during the plane trip.

As a reminder, this flight is the second linking the Portuguese island to Morocco, after the flight launched by Binter Canarias a few days ago, in the direction of Fez.